The 2018 documentary “William Allen White: What’s the Matter with Kansas?” showcases the life and work of William Allen White, one of America’s most illustrious journalists who advised presidents and world leaders. Directed by Kevin Willmott, Oscar winner for best adapted screenplay for the film “BlacKkKansman,” this documentary re-introduces the “Sage of Emporia” to a new generation.

This film showcases the elaborate and wild life of a small-town Emporia man who shaped the course of America forever. White grew to be nationally famous because of his progressive beliefs and work. An advocate for racial tolerance and free speech, White made many contributions to driving the Ku Klux Klan out of the state of Kansas. He was celebrated throughout the United States for his approachable, clear-sighted, folksy yet informed and intelligent point of view and way of writing. He was friends with multiple United States presidents and influential figures such as Albert Einstein.

The film was made possible by funding from William Allen White Foundation contributors. DVD purchases of the documentary are available at select stores in Kansas. For more information, access to the full documentary or to purchase a DVD, please contact us via the contact form below. 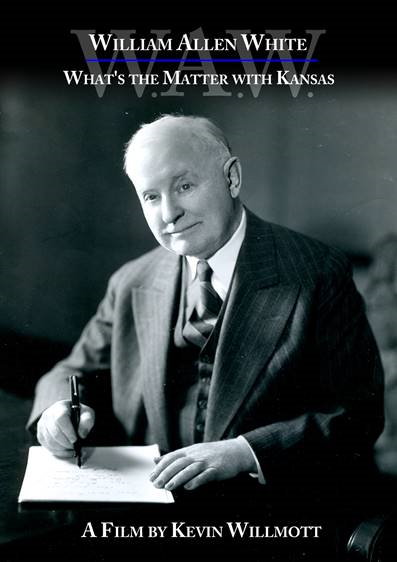 For questions, comments, or to purchase a DVD.
Requests are directed to the William Allen White School of Journalism and Mass Communications.

Thank you! Your submission has been received!
Oops! Something went wrong while submitting the form.